Fall is afoot and with the new season comes a variety of marathons and races to choose from. From military affiliated marathons to parent-child races, there’s a run out there for everyone. Check out these six upcoming races in the DMV area and visit the Potomac River Running Race Series for more nearby running events. 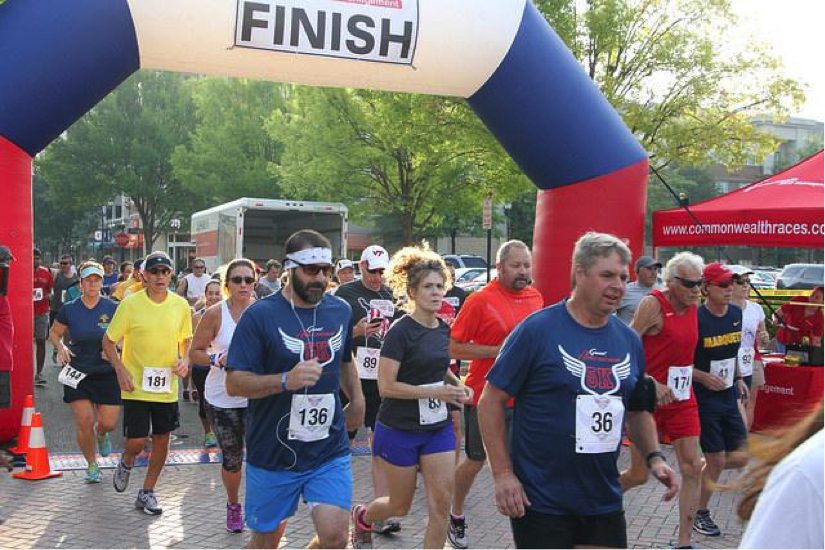 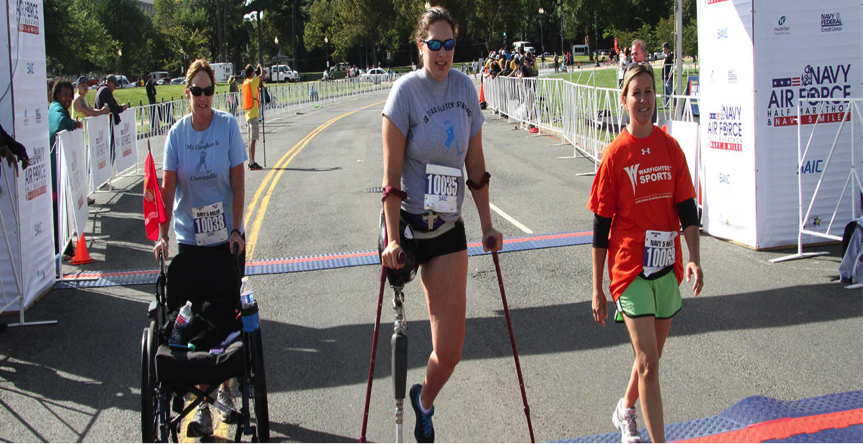 Runners, both military affiliated and civilian, of all experience levels will start and finish the race in the shadow of the Washington Monument. The USATF-certified course travels by all of the iconic Washington, D.C. memorials and stretches to include the East and West Potomac Parks and the scenic Rock Creek Parkway.” 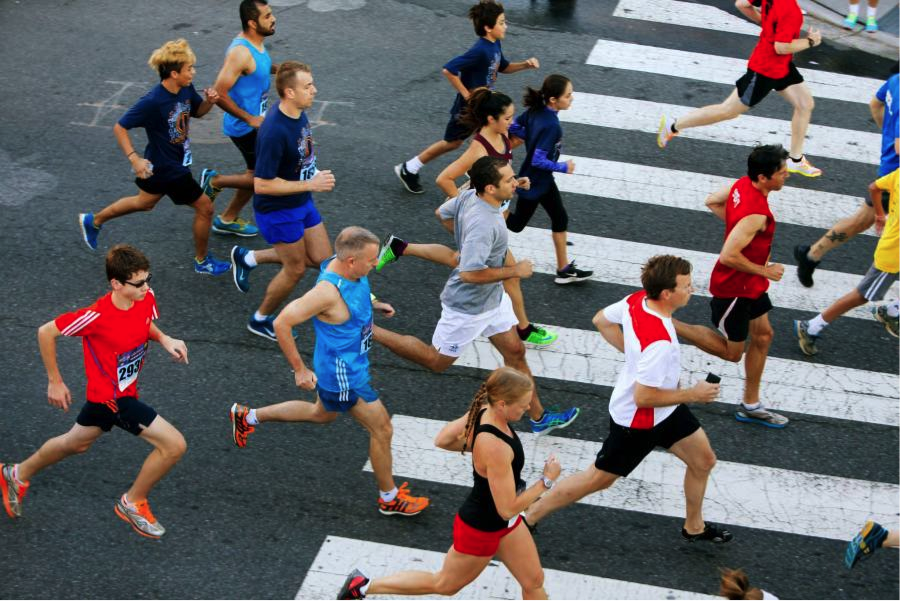 From Pacers Running: “Join us for the Clarendon Day 10K/5K & Kids Dash, the official kick-off to the popular Clarendon Day Festival presented by the Clarendon Alliance. Easily one of the area’s fastest courses, this course takes runners along a foot tour of the eclectic neighborhoods along the orange line. Top off the race with a post-race party at Clarendon’s hometown watering hole, Whitlow’s on Wilson, and other great restaurants, pubs, and vendors.”

Feet in the Street 5K 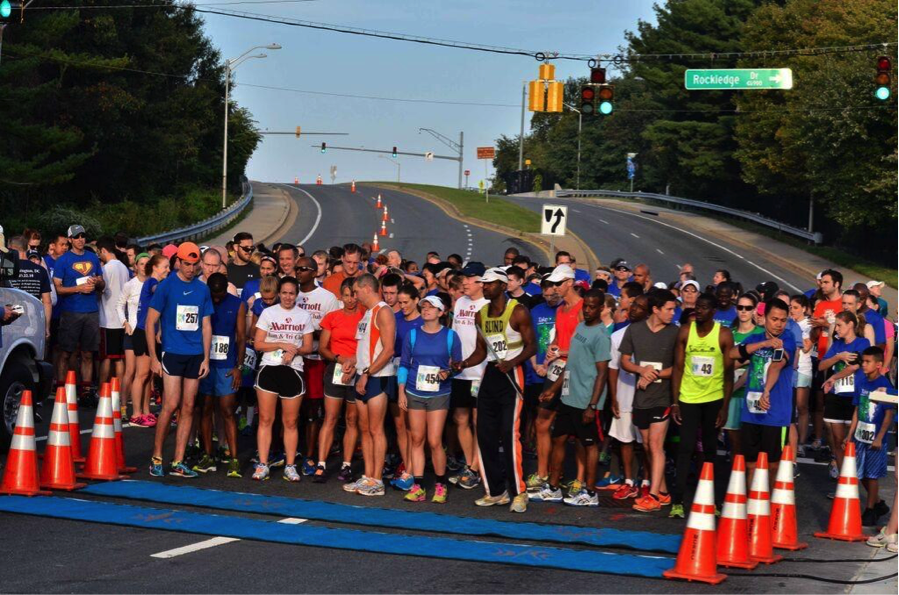 From Back on My Feet: “The Feet in the Street 5K is part of the Feet in the Street Festival, a free event that encourages people to explore Ft. Dupont Park and take advantage of the streets being closed to traffic. The daylong event will promote physical activity, green transportation choices, healthy eating, community spirit, and will include an array of recreational and educational opportunities.”

About Back on My Feet

“Back on My Feet (BoMF) is a national for-purpose 501(c)3 organization that helps those experiencing homelessness reinvent themselves through running. Our mission is to motivate our members to achieve self-sufficiency that will result in employment and independent living.” 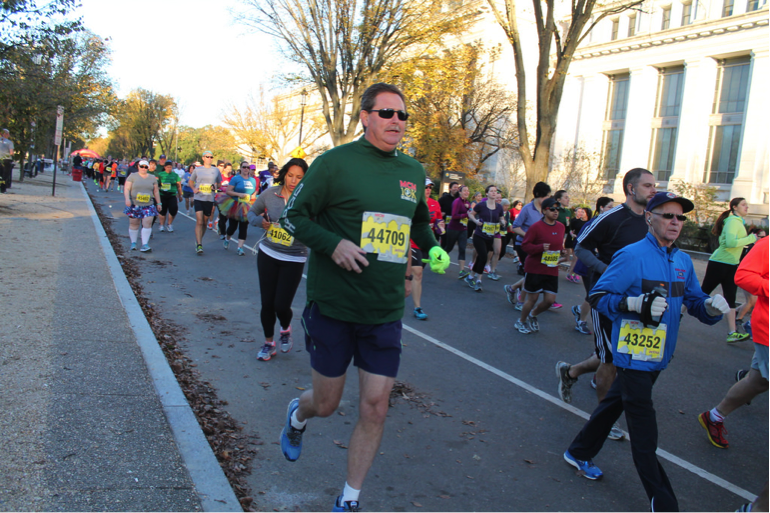 From Marine Corps Marathon: “Participants in the MCM10K (6.2 miles) will run the streets of the nation’s capital and finish at the iconic Marine Corps War Memorial in Rosslyn, VA. The new start is located near the intersection of 4th St and Madison Dr. on the National Mall, directly in front of the National Gallery of Art West Building. The first two miles of the course tours the National Mall from the Capitol, past the Smithsonian Castle. After two miles, the course crosses the Potomac River on the 14th Street Bridge and runs to Crystal City. The MCM10K course diverts from the marathons by making a right onto 15th Street.  After arriving at the Pentagon, MCM10K runners will complete their 6.2 miles in parallel to the MCM, finishing at the Marine Corps War Memorial . . .”

(At the intersection of 12th St and Madison Dr) 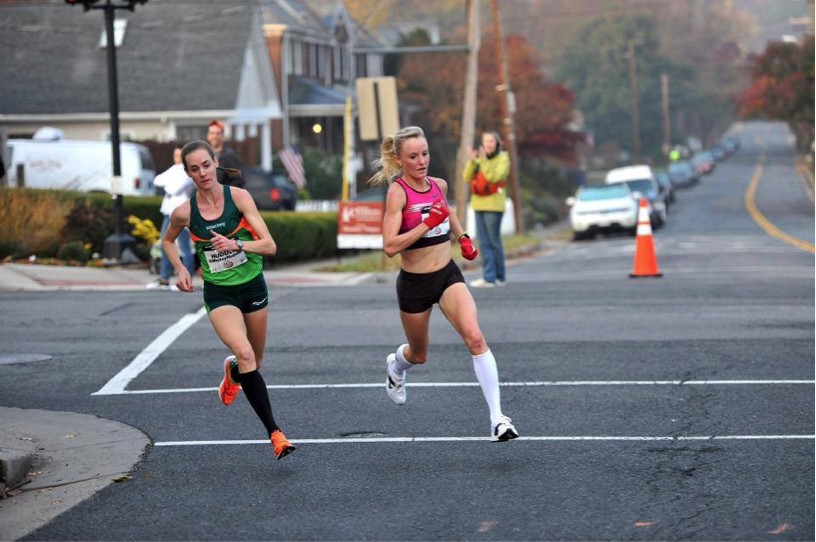 A Visit to My Thrive Pilates
Ask the Doctor: Foam Rolling Techniques

Interested in having one of our team speak at your events? Request a speaker today!

If you are a new patient, please click here for more information.